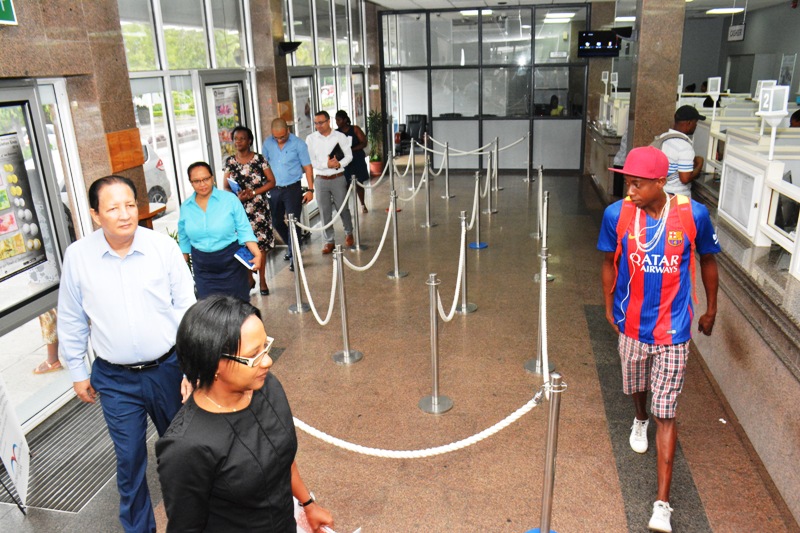 As a continuation of his familiarisation visits to all financial institutions in the country, the Minister for Finance, Trade and Economic Planning Dr Peter Larose visited the two Victoria branches of the Seychelles Commercial Bank (SCB) yesterday.

Accompanied by the managing director of SCB Annie Vidot, the principal secretary and chairman of SCB’s board of directors Patrick Payet and senior officials from the ministry, Minister Larose firstly visited the main branch of the SCB located at Kingsgate House.

There he met and discussed with employees from various departments such as the banking services, debt recovery and the legal departments.

The second part of his tour was at the corporate branch of SCB based at Orion Mall, a branch of the bank which mainly deals with banking services for businesses.

In this particular visit Minister Larose once more took the time to interact with the staff about their working conditions and the specifications of their respective departments.

SCB is one of the assorted financial institutions which fall under his ministry’s portfolio as the government of Seychelles is the current largest shareholder, with 60% shares in total while the other 40% shares belong to around 3300 Seychellois.

According to Mr Larose he felt it was necessary to visit a bank which is completely owned and ran by Seychellois. 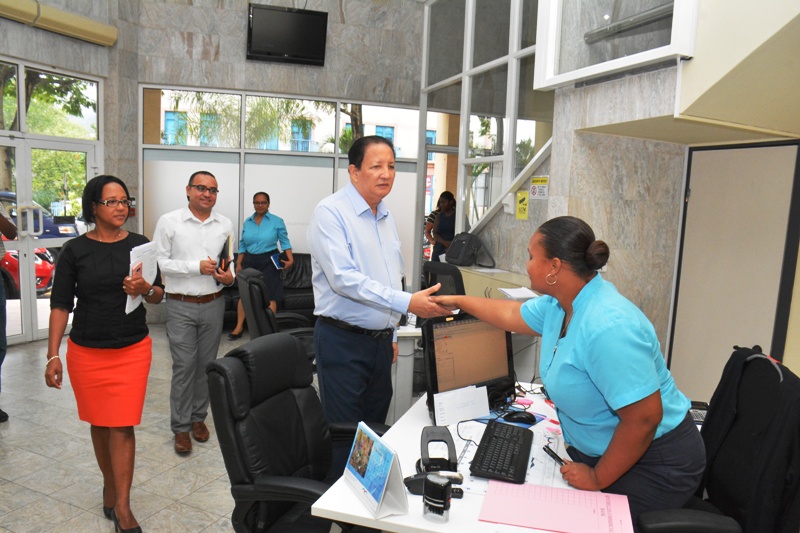 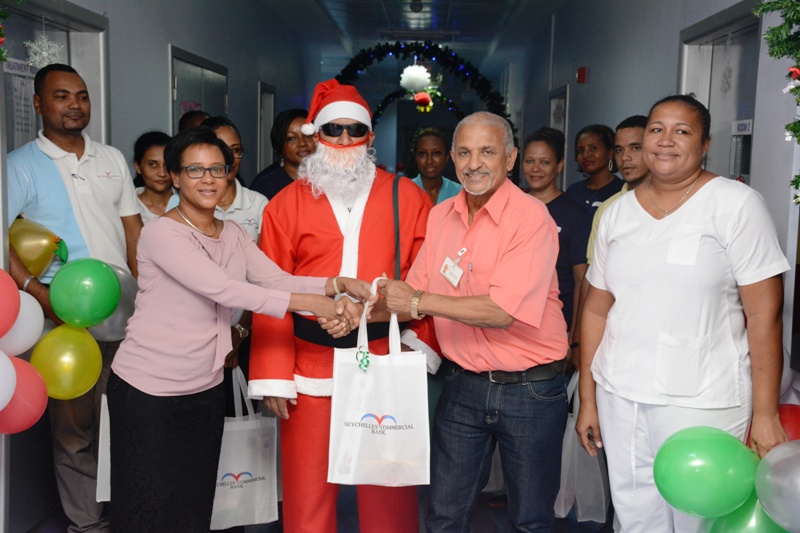 Referring to SCB’s all-time high net profit of R20.66 million made in 2016, Minister Larose stated that he was very impressed with the development of the bank and congratulated Mrs Vidot, Mr Payet, the board of directors and the staff on such an improvement.

He also commented that commercial banks have a critical role to play in terms of reducing the cost of living, stating that now is the opportune moment for the public to seek out investments and loans because SCB is in the phase of reducing interests on loans in order to become more competitive.

Loan beneficiaries however should honour their loan repayments, the minister stressed.

“When someone makes a commitment to pay their loans they should keep in mind that they are borrowing money from other depositors. My message is very clear: once engaged in a loan, it can be any type of loans either to the bank, a private institution or even to friends, you must respect these commitments,” the minister said.

One of the main issues SCB is currently facing is lack of space in both of its Victoria branches and this was noticeable by the delegation who found it hard to manoeuvre around the narrow hallways.

On her part Mrs Vidot has affirmed that in the bank’s efforts to mitigate this issue and provide better customer services the bank is looking into constructing its own building.

The photos show Minister Larose and his delegation on their tour of the two SCB banks in Victoria yesterday.